3 Biggest National Security Threats To The US In 2017

At the end of last century, political scientist Francis Fukuyama, surveying the latter events of the 20th century—the fall of the Soviet Union, the end of the Cold War, and the United States emerging as the world’s sole superpower— surmised that we were watching “the end of history.” To Fukuyama, it seemed that after the greatest wars were fought and the dust had settled, the world had settled into an equilibrium of Western liberal democracy and its global expansion. Wars would be fought on diminishing scales, and the United States would reign supreme over an international order that gradually accepted democratic-egalitarian ideals. 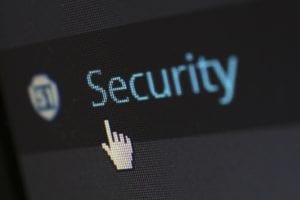 Fukuyama seemed like he was right—until the events of 2016. Contrary to the trend of globalization, the world is contracting—countries are seceding from unions, withdrawing from pacts, and building walls. As Western democracies retreat back into the stubborn fold of nationalism, it seems the world may be headed for another momentous breakup. Any disruption in the world order would involve its top dog, the United States, and as the king of the hill, America is facing threats from every aspirational power: Russia, China, Iran, and North Korea, to name a few.

Worldwide political movements may have stalled after World War II, but technological movements have transformed the fabric of our society. In the past decade, we’ve become utterly dependent on technology, for everything from directions, recipes, banking, news, and social validation. Our society is built on fragile, digital columns, which gives our adversaries a multitude of new ways to attack us: through bioweaponry, cyberhacking, nuclear terrorism, and digital espionage. Add in emboldened rogue states like ISIS and North Korea, and the resulting combination could be disastrous. Here are 3 of the United States’ biggest national security threats in 2017.

“A cyberattack would be far more devastating than a nuclear bomb,” antivirus guru and cyber security legend John McAfee warned last year when he ran for the Libertarian Party nomination for President of the United States. He elaborated: “In a cyber war, the first thing we’re going to lose is our power. And without power, what happens? We have no power, we have no food. We have no way of getting food either, as everything is automated.”

The scary thing is, our enemies may already have this crippling capability in their hands. McAfee referenced the fact that if “two fifteen-year-old boys [could] hack into the Ukranian power grid [last year], could the Russians and Chinese not do the same thing with us?” An army of computer wunderkinds, expert freelancers, and devious hackers stand ready for recruitment by any terrorist group or nation-state. If the areas hit by Hurricane Sandy in 2012 devolved into looting and chaos by their third day without power, imagine an entire region or the country plunging into darkness for weeks. Without a shot being fired, it would bring America to its knees.

ISIS is not just a geopolitical threat, it is an existential threat to the West, what French philosopher Jean Baudrillard regarded as the response to West-dominated globalization. The problem is that “bombing the sh** out of ISIS” (as President Trump promised) is like upending an art colony—the colony may be destroyed, but the ants will scatter, swarm and eventually regroup. Stamping out ISIS’ territorial holdings threatens to dissipate the organization over the entire world.

ISIS has proven itself innovative in a number of ways—using unusually high production standards in their propaganda and employing unorthodox recruiting methods. One fears they’ll apply their rugged ingenuity to a large-scale terrorist attack: whether through cyber attack (shutting down our power), bio-weaponry (poisoning our water supply), or detonating a nuclear warhead, which Obama repeatedly warned of during his second term.

Countries with failing economies and bad histories with the United States often use military power to compensate for their domestic situation (i.e. Russia), and North Korea—with its abhorrent human rights record, an unstable leader, and a failed economy—is ripe to try and make a grand statement on the world stage.

Much was made of Barack Obama’s stern meeting with Donald Trump the day after the inauguration, and pundits speculated that what might have shocked the future President the most was Obama’s warning that North Korea, by the end of the year, will have a mountable nuclear warhead. And that will be bad news for all of us.