ThreatMetrix®, the fastest-growing provider of context-based security and advanced fraud prevention solutions, announces data ranking the top U.S. cities for online fraud. The data reveals Tampa, Fla. as the top hot spot for online fraud and ThreatMetrix found a correlation between top cities for fraud and those home to hosted data centers.

The top 10 list of U.S. cities for online fraud, according to ThreatMetrix, include:

In its data, ThreatMetrix found that in the majority of the top 10 cities, there were large concentrations of fraud attempts coming from recognized data centers within those cities. Leveraging a sample of data across more than 1 billion monthly transactions, 250 million active user accounts, 3,000 customers, and 15,000 websites and mobile applications, the data analyzes transactions in the ThreatMetrix® Digital Identity Network that have been rejected due to high risk. While previous ThreatMetrix city-specific research looked at the true origin of fraud attacks, the rankings for this study were determined by which proxies or virtual locations fraudulent transactions appear to come from.

“Cybercriminals are reaping the rewards of high profile data breaches by exploiting hosted servers and using stolen identities to their advantage,” said Alisdair Faulkner, chief products officer at ThreatMetrix. “Transactions coming from hosted servers and data centers should automatically set off a red flag to businesses, as cybercriminals use these servers to fraudulently route traffic using stolen data. Instead of hosted servers, authentic customer transactions are likely to come from business, consumer and mobile networks.”

Hosted data centers in the U.S. are being used by cybercriminals to actively exploit stolen identities from recent data breaches. More specifically, breached identities are being funneled through rented online servers using stolen credit cards. The top cities for online fraud data represents the intersection of locations that have the largest concentration of data centers with offline identities that have been compromised in recent breaches.

“Data centers and hosted service providers are both unwitting accomplices and victims of online fraud and cyberattacks,” said Faulkner. “Criminals set up VPN servers and proxy software at hosted service providers to appear in a location that is consistent with a stolen identity. For example, a fraudster might attempt a banking transaction that appears to be approximately located near the customer’s home address. While there are legitimate privacy-enhancing and VPN services also being hosted at these locations, a telltale sign that your data center is being used to monetize stolen identities will be an increase in the use of stolen credit cards to pay for server time.”

To keep cybercriminals at bay, hosted data centers should implement a cybersecurity strategy that dynamically assesses the digital identities and devices of the entities they do business with to accurately identify illegitimate usage in real time. The ThreatMetrix Digital Identity Network brings together all aspects of a person’s online devices and behavior into one anonymized digital identity – including email addresses, geo-locations, devices and both personal and business personas. The unique identity combines the specific device and persona each individual is using at any given time, at any place to accurately authenticate users in real time.[su_box title=”About ThreatMetrix” style=”noise” box_color=”#336588″] 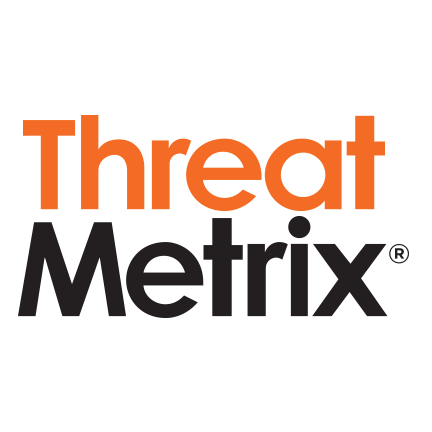 ThreatMetrix secures customers against account takeover, payment fraud, fraudulent account registrations resulting from malware, and data breaches. Underpinning the solution is the ThreatMetrix Digital Identity Network, which analyzes billions of transactions and protects hundreds of millions of active user accounts across tens of thousands of websites and mobile applications. The ThreatMetrix solution is deployed across a variety of industries, including financial services, enterprise, e-commerce, payments, social networks, government and insurance.[/su_box]