Another WannaCry May Be Coming – Are You Ready?

The vulnerability is severe enough that Microsoft took a pretty unusual step in releasing updates for Windows XP and Server 2003 in addition to currently supported versions of Windows that are affected.

Unlike WannaCry, this threat is seen as extremely easy to exploit. It took a leaked NSA tool to exploit the WannaCry vulnerability, whereas the fear with BlueKeep is that it will be much easier to take advantage of. And, with a patch now available you can bet there are cyber adversaries who are reverse engineering the patch as you read this, getting ready to exploit organizations and individuals alike.

If you remember the WannaCry attack, Microsoft had issued a patch months before, but some companies hadn’t installed the fix. This led to a global impact. In order to avoid a potential repeat, it’s critical for everyone to update all affected systems as quickly as possible.

Don’t risk the exposure, or cost, of a BlueKeep attack. If you act fast by applying the necessary patches, you’ll avoid exposure and retain your peace of mind. 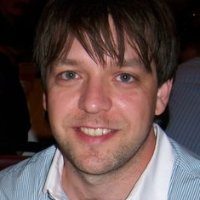