The mobile security space is going to explode.

According to Gartner, nearly 2.2 billion smart phones and tablets were sold to end users in 2014.

“In 2014 in the US, mobile web traffic exceeded desktop web traffic for the first time as mobile has become the most convenient and cost-effective way to get online” says Yuval Ben-Itzhak, Chief Technology Officer at AVG Technologies, one of the largest providers of consumer security, privacy, performance and backup mobile applications and software for Windows, iOS and Android devices.  “So in 2015, we will see mobile apps becoming the primary target for hackers, with apps left unmaintained by developers in App Stores being among the most vulnerable” he says.

Gartner predicts that by 2017, nearly 75% of mobile security breaches will be the result of mobile application misconfiguration.

Infonetics Research says the mobile device security market is expected to grow to $3.4 billion in 2018.

The Mobile Security (mSecurity) Bible: 2014 – 2020 – Device Security, Infrastructure Security & Security Services report published by SNS Research estimates that mobile device and network security investments accounted for nearly $11 Billion in 2014 alone. The market is further expected to grow at a CAGR of nearly 20% over the next 6 years.

According to SNS Research, installation of anti-malware/anti-virus client software is fast becoming a de-facto requirement for most smart phones and tablets. Furthermore, mobile device OEMs are also integrating advanced biometrics such as fingerprint sensing into their smart phones and tablets, amid growing popularity of security sensitive opportunities such as mobile payments.

There’s a tidal wave of opportunity for mobile security firms with the right strategies and offerings. One company riding the wave is SnoopWall, Inc., the world’s first counterveillance software development company focused on mobile app security. “Mobile-device security will become the top requirement this year (2015) for mobile banks, retailers and wallets as they move all their transactions into our space,” says Gary Miliefsky, SnoopWall’s CEO. “That’s why we developed our SDK, to provide protection for their apps against the hundreds of millions of pieces of undetectable malware disguised as free trustworthy apps — just waiting to steal valuable personally identifiable information in the blink of an eye.”

A growing number of mobile security players have shown up on the Q2 2015 edition of the Cybersecurity 500 – a list of the world’s hottest and most innovative cybersecurity companies.  Some of those currently listed and their HQ:

Go here to read the Q2 2015 edition of the Cybersecurity Market Report.

Go here to see the entire Cybersecurity 500 list of companies.

Connect with Steve on LinkedIn at http://www.linkedin.com/in/cybersecuritySF[/su_box] 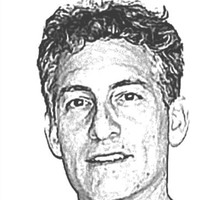