People who enjoy handling images will gain better security and convenience.  The only extra effort required is to get the images registered. But people already do that across social media platforms and seem to love it.

So far, only texts have been accepted.  It was, as it were, we have no choice but to walk up a long steep staircase.  With Expanded Password System, we could imagine a situation that escalators and elevators are provided along with the staircase.  Or, some of us could think of all those ladders we have for climbing in Donkey Kong.

Where we want to continue to use textual passwords, we could opt to recall the remembered passwords, although the memory ceiling is very low,  Most of us can manage only up to several of them.

We could opt to recognize the pictures remembered in stories where we want to reduce the burden of textual passwords.  The memory ceiling is high, say, we would be able to manage more and more of them.

Where we choose to make use of episodic image memory, we would only need to recognize the unforgettable images, say, KNOWN images.   There is virtually no memory ceiling, that is, we would be able to manage as many passwords as we like, without any extra efforts.

The role of episodic memory

It is known that the episodic memory is the cognitive core of our continuous identity. It ensures the continuity of our perception of our self.

– Multi-factor authentications require passwords as one of the factors.

– Pattern-on-grid and conventional/emoji-passwords can all be deployed on our platform.

Position of Our Proposition

We make identity authentication schemes better by leveraging the time-honored tradition of seals and autographs.  The underpinning principle of Expanded Password System shall not go away so long as people want our own volition and memory to remain involved in our identity assurance.

Why have people been sticking to characters for password authentication?

Frankly, we have no answer.  It is now broadly known that human beings are far better at remembering and recalling visual memories than doing the same for texts. We have hundreds of millions of years of history for the visual memory whereas the history of our text memories is no more than hundreds of years for most of us.

It is also known that CPUs are now fast enough, connection band broad enough, data storage cheap enough and digital cameras affordable enough. There is absolutely no reason to hesitate to use images for identity authentication.

And yet, people apparently think only about texts when they talk about passwords. We could only think of ‘momentum’, ‘sheer force of habit’ or cognitive bases like ‘normalcy bias’. We may need to ask for the help of researchers of cognitive science and behavioral economics

Q: Why has Expanded Password System been so unknown for as long as 17 years?

People who were carried away by the hyped attractiveness of biometrics and the inflated hi-tech image of password-less solutions would not listen to us.

Actually, over the period of 2003 to 2008 we were successful in Japan. We saw several commercial adoptions amounting to some US$1 million, even though the CPU was slow, the band narrow and the storage expensive in those days.

It then ceased to grow as people were more and more carried away by the biometrics and password-less solutions which the advocates alleged would kill the likes of passwords altogether, even though we knew that biometrics have to depend on the password as a fallback measure against false rejection and that a real password-less society would only mean Dystopia.

After struggling in vain to fight back for several years, we chose to get out of Japan where biometrics vendors were overpoweringly dominant, and started to look for bigger chances worldwide. We now have a lot of friends and supporters globally. Expanded Password System is now acknowledged as ‘Draft Proposal’ for OASIS Open Projects, with us given the chances to speak in front of the professional audience of Consumer Identity World 2018.

Why have so many security professionals tried not to listen for so long?

Our view is that those professionals, who had loudly advocated, promoted and endorsed biometrics and password-less authentications, might well suspect that listening to us could throw them into an awkward psychological situation that is extremely inconvenient and embarrassing to them.

We could think of ‘cognitive dissonance’ coupled with such cognitive biases as ‘sunk-cost bias’, ‘confirmation bias’ and ‘normalcy bias’. It could well provide a very good research theme for sociology, psychology, cognitive science and behavioral economics.

Expanded Password System that we advocate is supportive of 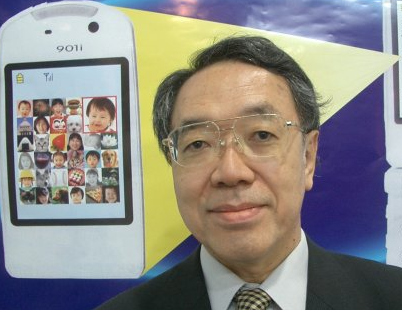