Technology adoption is bringing about massive change in major cities around the world from smart traffic lights to knowing exactly what time transportation will arrive and paying for public services with the touch of a credit card or personal device. The Smart London initiative embraces technology that improves the lives of residents, businesses and visitors by allowing them to experience the city in a more seamless and immersive way. With the capital’s population predicted to grow by over a million between 2011 and 2021, new technologies will undoubtedly play a big role in the way we see and experience London. But with the rise of malicious targeted threats, how can smart cities secure their IT initiatives from possible attack?

Navigant Research forecasts that the smart city technology market will represent over $20 billion in 2020. In line with this explosive growth, investment in more complex technologies will be significant, but as always, with increased technology comes greater vulnerability. One of the major security concerns facing smart cities is an “APT” (Advanced Persistent Threat). These are targeted attacks (such as malware) executed by a hacker or group of hackers, motivated not by financial gain, but instead by political gain or “hacktivism.”

As a city’s framework and infrastructure becomes increasingly technology-depended, IT security must work hard in the frontlines looking out for suspicious activities and abnormal behaviour. Measures are especially needed to protect the weakest link in the city’s IT infrastructure – the endpoints and end-user devices, to ensure compliance enforcement of security policies and standards.

In smart cities, everything is connected, from local government, utilities, financial and transactional services to transport and emergency services. For example, in a city the size of London with a population exceeding 8.5 million, having a critical service that has been attacked and doesn’t respond can have a devastating effect. The attack can create a domino effect, where many of the operations dependent on that service would malfunction or simply shut down. For hackers, knowing which services are essential to the functioning of the city, can form the basis of a targeted attack. Such attacks can work in hidden mode and take down the most crucial components of the city’s infrastructure, placing the entire city at risk of complete standstill or worst.

Such an instance of multiple city services malfunctioning simultaneously would at the very least result in a failure of the economic infrastructure for 48 hours or more. It is hard to imagine the consequences, with the loss of every economic transaction and the time needed to replace the damaged infrastructure, while trying to maintain law and order. The costs and impact would be huge and not only in financial terms, but also in the long-term loss of confidence; the image of the smart city would suffer making the same level of future adoption hard to recoup.

To ensure optimal security of the city’s IT infrastructure, it would need to be monitored from end-to-end, including end-user devices where it is most vulnerable. Solutions that can provide visibility of the entire IT infrastructure and endpoints in real-time and are able to process this information coming from multiple sources and technologies using IT analytics, can play a crucial role in the security of a smart city.

According to the analyst firm Gartner, in 2009, there were 2.5 billion connected devices, mostly mobile phones, PCs and tablets. In 2020, they predict there will be over 30 billion devices connected, of much greater variety. (Source: Gartner press release Nov. 2013)

With end-users accessing an increasing amount of smart services with their devices, they make easy targets for malware and hacktivists whose ultimate goals are to reach the heart of the infrastructure of a smart city where they can cause the most damage. Smart cities need solutions to monitor their IT infrastructure and especially their end-user endpoints, as that is the weakest link in the IT security chain and therefore the area where they are most vulnerable. End-user devices can be used as the entry point to an attack on the IT infrastructure so standard technologies, solutions and processes already used to protect against suspicious activity or threats need to be bolstered. Real-time IT analytics provide an additional layer of protection for smart city infrastructure and endpoints against these potential vulnerabilities.

Being able to detect an attack at a very early stage would enable the city’s authorities to react quickly and stop an attack from spreading. IT analytics solutions provide alerts on suspicious activities and behaviour, acting as pre-warnings on these types of attacks. This means greater proactivity by detecting abnormal activities and enforcing security compliance standards at all times with real-time and accurate information, which could halt or prevent an incident before the damage is too great.

Poul has responsibility for corporate, product, partner and field marketing worldwide. His mission is to develop and communicate Nexthink’s brand and to lead marketing operations in support of the company’s goals. Poul works closely with product marketing to align strategy and with sales for lead generation activities. Poul has over 20 years of executive management experience at TriActive, Altiris, Computing Edge, Computer Associates, and Digital with strong background in routes-to-market strategy for hyper-growth.[/su_box] 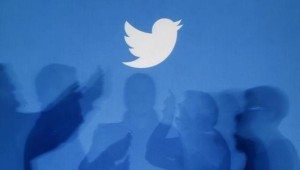