In The Wake Of The Interview: How The US Responded To The Sony Hack

Over two months after the attack by hackers on Sony Pictures, the cyber security landscape is still very much in the public eye. With notable hacks reported every week, firms big and small as well as governments are having to respond. Many of them are taking their lead from the US response to the Sony hack.

The Sony hack took place on 22nd November, when the firm’s computer systems were hacked. The perpetrators stole sensitive data, including embarrassing emails about staff and stars.

A media storm was kicked up as personal conversations about Hollywood actors were revealed, while rumours arose about North Korea being involved. This was denied by the communist country on 7th December, despite it heralding the attack as a ‘righteous deed’.

On 16th December, a hacker group calling itself ‘Guardians of Peace’ threatened a ‘9/11-style’ attack on cinemas that showed satirical movie The Interview, and the New York premiere was subsequently cancelled.

The days that followed saw cinemas all across the US pull their scheduled Boxing Day screenings of the film. Sony went on to cancel the film’s release completely.

The US government response

With media attention growing, the FBI released its report into the Sony hack on 19th December, concluding that North Korea had orchestrated the hack. On the same day, US President Barack Obama said Sony had made a mistake in cancelling the release of the film.

Responding to the FBI claims, North Korea proposed a joint inquiry into the hack with the US, but the latter rejected the request. Two days later on 22nd December, a huge outage of North Korea’s internet occurred, but the US government has never confirmed or denied its involvement.

On 23rd December, Sony announced that The Interview would get a limited release and a dual launch in cinemas and online resulted. The days following revealed big attendances in cinemas, in addition to record-breaking downloads online.

At the start of the new year on 2nd January, the US announced a raft of new sanctions on North Korea. They were targeting the defence industry of the country, which was already under sanction from the US.

The response from the US government to the hack on Sony has been criticised by some and applauded by others. However, the true response is far greater than sanctions and a possible internet outage.

One of the key retorts came out of a meeting between Obama and UK Prime Minister David Cameron.

On a flying visit to Washington DC, the two leaders discussed a round of cyber war games. Aimed at testing processes, procedures and those working in IT security and penetration testing jobs, the first exercise will test the financial industry.

The attack also highlighted the vulnerability of systems that are not adequately protected. As attacks continue right now, the importance for individuals to educate themselves on cyber security, and for firms to ensure their IT security recruitment drives are up to scratch, could not be clearer. 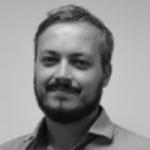