What Mounting Cybersecurity Threats Mean For Your Business

Hacking has always been a problem for businesses and governments around the world. They have tried to upset the balance and induce fear amongst people while, simultaneously, trying to either get rich or win loyalty.

Some major attacks on the biggest companies around the globe have left our confidence shattered in regard to the trustworthiness of our largest names. The massive hacks of Target and Equifax saw the private information of over 300 million people spilled for all to share in the darkest corners of the internet.

In fact, it was these hacks that reinvigorated the discussion about cybersecurity. For good reason too, the world has seen a year over year increase in the number of hackers that are active online. There are over one billion unique hacking attempts a year now, just for perspective.

The internet of things has increased risk significantly

This all means that our collective awareness of the threats of cyber attacks now has to be at the highest level it has ever been. For now and the future, it is imperative that we educate ourselves on the dangers of hacking and the threats that lurk around every digital corner.

The internet of things has been a major target for hackers as it creates numerous access points where there used to only be a few. These can be capitalized on in a number of nefarious ways. For instance, if your smartphone is connected to a smart home then you may have a bigger problem on your hands than you could have ever realized.

Hackers could modify your programs and use the access points to invade private, sensitive data. The same can be said for a smart car that uses a program to access your phone. A hacker can leave a program at the foot of an access point that waits for a data transaction to hop onto your personal network and have immediate access to whatever file system that is found.

The damage from such an attack can be hard to mitigate and often lands the company or person it effects in the worst place possible. The standard hack of a company typically costs said company four million dollars. That is the average financial damage calculation per hack. Hackers will wait to find the most vulnerable companies and strike as soon as they get the chance in order to completely decimate a company and leave no trace.

Your personal data is being targeted

For many hackers, it is a game of sorts to find vulnerable access points and use them to achieve malicious goals.

Some have the ambition of gutting a business or government operation. Other hackers have specified individual targets that they believe will give them some type of money for holding certain information hostage. Hackers even have advanced software that can automatically find sensitive data and hold its access secret unless an exchange of currencies takes place.

While this all seems too much, remember that there are a few strategies that can be implemented in order to mitigate effects and prevent petty hacks altogether. Always use proper password structure to make the initial access of your file systems practically impossible to guess or brute force attack, an attack in which the hacker attempts to guess your password millions of times using the specified software.

The great password always consists of fifteen characters, mixed cases and special symbols in order to make a practically impenetrable password. Remember, there should never be any easily recognizable phrases or words in your password either. In this case, the more gibberish the better.

You may also want to implement encryption and virtual private networks at your home and place of work. These are essentially password protecting tips that come with the added benefit of obscuring data on the other side of the password if the correct authentication is not given.

This leads to the incredible benefit of multi-factor authentication which makes it impossible for a hacker to get into your file system using traditional methods. This can be achieved through the use of secondary authorizing devices like biometric scanners or personal cell phones that receive special codes in conjunction with a password.

The hackers of the 21st century have become more sophisticated and dangerous since the late 1990s. The evolution and development of software for nefarious means has become a pulsing industry with an incredible amount of participants. In fact, entire nations use hacking methods to retrieve information or perform surreptitious duties on behalf of said company.

These digital bandits want nothing more than to infiltrate your data systems and steal all of the information that they can without getting caught. In this age of growing interconnectedness, the damage of a successful hack might be too much to handle in a certain situation. It all takes consideration to plan how to mitigate the damage of an invasion and what to do to prevent such a villainous deed from ever seeing the light of success.

Regardless of your combination of cyber security protocols, it is clear that hackers are coming in full strength and you are a target. The creation, ideation, and implementation of the internet of things will do wonders for our collective technological progress, but, it comes at a price.

Luckily, there are tools available to deal with these threats. No matter what, do not let hackers ruin a good thing. Using due diligence and retaining a learning attitude will make your filesystems secure and your computer a bastion of security. 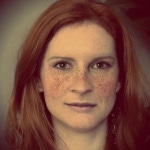