Telephone and internet scams across the UK have reached an all-time high, with Britons now more likely to receive a landline call from a scammer (72%), than from our best friends (36%) or family members (64%).

According to new research released today by TalkTalk and Get Safe Online, 2.5 million UK households received a scam call last month. 63% received a suspicious email and 43% a suspicious text message. This mirrors Action Fraud’s recent announcement that it now receives 8,000 reports a month from people targeted by phishing scams – the highest ever recorded figure.

To address this growing threat and help people protect themselves against fraud, TalkTalk has partnered with Get Safe Online – the UK’s leading source of information on online safety – to launch a nationwide awareness and education campaign called, ‘Beat the Scammers’. 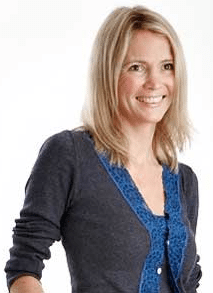 We know we have a responsibility to help protect our customers and we’re determined to play our part in combating this growing problem. Traditionally the onus has been put on individuals to stay vigilant. But these increasingly sophisticated crimes are now affecting the whole country on an unprecedented scale – no one business, agency or individual can beat it on their own. We need nationwide action to take the fight to the scammers and make sure the online world is a safe place to play, work and stay connected.

The initiative (part of TalkTalk’s long term security strategy which ramped up dramatically after the company was itself targeted by cyber criminals last year) will kick off this month. As well as a significant communications drive to TalkTalk’s four million customers, the national campaign will offer advice from industry experts and new tools to help consumers combat this 21st century crime spree. ‘Beat the Scammers’ is also looking to recruit an army of ‘Scam Busters’ from across the UK who have outsmarted the criminals and are willing to share their stories and tips.

The Campaign – Beat the Scammers

With almost half of those surveyed (42%) saying they would not be able to spot a scam, TalkTalk has created a dedicated online hub (talktalk.co.uk/beatthescammers) to make it easier for people to outsmart the scammers. Alongside advice and guidance about scam protection, TalkTalk has created a video with fraud prevention expert James Freedman to reveal the most common tactics scammers will use, as well as an interactive Scam IQ Test which gives people the chance to test their ability to identify a scam.

Following similar action taken by several retail banks, TalkTalk has become the first telecoms provider to create a set of specific guidelines outlining information it will never ask customers for. It is hoped other telecoms providers will follow suit to develop an industry-wide set of rules.

These ‘Nevers’ will be communicated to all TalkTalk customers through email and letter, and will replace standard hold music when customers call the value for money provider. Engineers will also now leave behind a security leaflet after every home visit.

TalkTalk is already blocking 70million calls on its network every month and is the first and only telecoms provider to offer free privacy calling features as standard, allowing customers to see who is calling them; block the last number that called; and prevent calls from withheld numbers.

Now TalkTalk is making it easier than ever to report a suspicious or nuisance call, expanding its ‘report and block’ service from telephone to online. A dedicated expert team will then investigate suspicious callers and prevent them from reaching all TalkTalk homes. 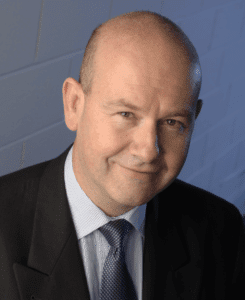 A lot of people fall victim to scams because they never think it will happen to them; we can’t let the criminals have the upper hand, so are pleased to be working with TalkTalk to raise awareness of this growing menace.

If you get contacted out of the blue by a company you trust, asking you to act urgently, you should be suspicious. Criminals create panic to override your common sense; always trust your instincts and think twice before handing over any information. That way we can to stop more people falling prey to criminals?