An AV Vulnerability that Bypasses Windows

Our research team exposed a critical security vulnerability appearing in various Anti-Virus (AV) products which has the potential to turn the Anti-Virus to an attack-enabler tool. This issue is not necessarily constrained to security solutions, but potentially to any intrusive application such as data leak prevention (DLP) and performance monitoring solutions.

Due to the pervasiveness of Anti-Virus products – a market valued at $3.5 billion, with about 400 million seats, this vulnerability potentially affects millions of Anti-Virus customers.

While at a customer site in March 2015, the enSilo product alerted on a product collision with AVG, also installed in the customer’s environment. A follow-up investigation conducted by our researchers revealed a flaw in AVG which effectively enabled a threat actor to exploit any old vulnerability (for instance, as of 2010) in a 3rd party application (such as Acrobat Reader) in order to compromise the underlying Windows system.

We had responsibly disclosed this issue to AVG, and they had patched the vulnerability within two days of our notification.

The AVG finding prompted us to create a tool that tests other Anti-Virus products for this vulnerability in order to avoid any such future collisions.

As mentioned in our March AVG release, this flaw significantly diminishes the efforts that the threat actor needs in order to exploit a third party application. In turn, this can lead to the compromise of the underlying Windows system.

How? Microsoft places many Windows mitigations against exploits, for instance the randomization of memory (ASLR) and preventing data from running in memory (DEP). Since the memory page is at a constant predictable address, the attacker can know where to write and run the code. With the memory allocation set to RWX, that code can be executed, essentially defeating those hurdles that Windows placed in front of threat actors.

For now we have found this vulnerability in the following Anti-Virus products. We’ll continue updating this list as we receive more information.

Given that this is a repetitive coding issue amongst Anti-Virus – an intrusive product, we believe that this vulnerability is also likely to appear in other intrusive products, non-security related, such as application-performing products.

Is my Computer Vulnerable?

Considering the gravity of this issue, we created a tool that will test if an application running on your machine is vulnerable to this flaw. If vulnerable, the tool will not be able to tell you which application contains the flaw, but it will point out where to start the analysis.

Exploiting this vulnerability is not just a theoretical musing. A Sept. 22 disclosure by Tavis Ormandy from Google’s Project Zero discusses a vulnerability he exposed. Tavis further showed how he was able to exploit this vulnerability through a similar vulnerability appearing in Kaspersky, where a RWX memory section was allocated in a predictable address.

These types of vulnerabilities clearly demonstrate the problems in the security eco-system. On the one hand, Microsoft invests loads of resources in defenses, mitigations and enhancements to strengthen its system against compromise. On the other hand, there’ll always be some oversight in applications. Unfortunately, it’s precisely vulnerable third party applications which can lead to the compromise of these same defenses.

A technical breakdown of this vulnerability appears HERE.

There are several steps we suggest taking:

If you are an application developer, ensure that when allocating new code a) the code memory/allocation/buffer is allocated in a random location; b) the only permissions you grant to the new code is Read-Execute.[/su_note] 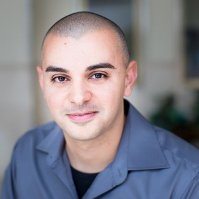