Comment: 73% Of Security Professionals And Developers Sacrifice Security For Speed

A couple of days ago, WhiteSource released its DevSecOps Insights Report, which was aimed at better understanding the level of DevSecOps maturity inside organisations.

20% of respondents described their organisations’ DevSecOps practices as “mature”, while 62% said they are improving practices and 18% as “immature”. Additional key insights from the report included: 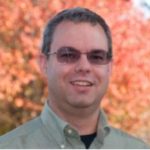 92% Of Organisations Who Pay Ransoms Don’t Get All Their...

"A successful compromise of this kind could prove highly valuable. "

"Security is always adapting in this day and age. "

"Your security perimeter needs to be secured for every identity and interaction on your network. "

"A passwordless approach could be the answer to many user friction and security challenges. "

"A much better method is to create full sentences alongside spaces. "

"This is definitely an area where an ounce of prevention is worth a pound of cure. "

"The fault lies with the technology industry. "

"Data leaks are inevitable, and passwords can be a goldmine in a breach. "

"A key part of this is making sure that administrative rights have been managed effectively. "

"As businesses and people continue to adapt to remote-first work and lifestyles. "

"Employees should make sure to check that they are using an up to date version of their internet provider’s router. "

"Consumers should also check that devices can be updated, to reduce vulnerabilities. "