Experts On Catalonian politicians had Phones Hacked in WhatsApp Attack

WhatsApp has confirmed that a leading pro-independence politician in Catalonia was the target of a phone-hacking described by experts as a possible act of “domestic espionage”.

The Facebook-owned messaging service has sent a letter to Roger Torrent, the speaker of the Catalan parliament, confirming that his WhatsApp account was “targeted in an attempt to gain unauthorised access to data and communications on the device”, The Guardian reports. The phones of at least two other pro-independence supporters are also believed to have been attacked. “By ‘targeted’ we are referring to the fact that the attackers attempted to inject malicious code into Mr. Torrent’s WhatsApp application,” said Niamh Sweeney, the company’ director of public policy for Europe, the Middle East, and Asia.

It's worth noting that WhatsApp patched the vulnerability that allowed such phone hacking over a year ago, but we're still seeing the consequences of NSO Group's shady dealings. Facebook (which owns WhatsApp) sued NSO Group, who created the malware that exploits the vulnerability, and the case is still being litigated. The same exploit was used to target hundreds of human rights activists, journalists, and politicians, among others. Corrupt authorities seem to be NSO Group's primary clientele. 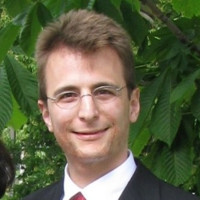 The use of sophisticated mobile surveillanceware for domestic spying purposes appears more widespread than previously known, including in western democracies. In light of widespread election meddling and spying on political parties and movements all over the world it is clear that protecting information and communication infrastructure including mobile devices is quickly becoming critical to any organisation with a need for confidentiality.