Experts On The Challenges Of GDPR Compliance

Last week it was announced that after a GDPR fine of £183 million earlier this year, half a million British Airways customers were told they could sue the airline over a 2018 data breach which saw their bank details and addresses stolen by hackers.

Whilst this certainly isn’t the first large firm to be hit by substantial fines, a worrying level of UK businesses do not yet appear to be fully GDPR-compliant, with many unclear about their state of compliance, even a year and a half after the regulations came in to effect. 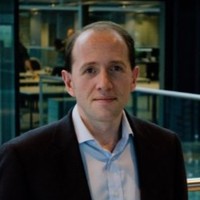