** Spoiler Alert – if you’ve not finished watching Netflix’s Bandersnatch, you might wish to look away now**

Today’s media is obsessed with cybercrime. From data breaches to identity theft, we’re increasingly seeing hacks hit the headlines – with more than four in ten businesses (43%) experiencing a cyber breach in 2018.. In this new reality, phenomena such as Charlie Brooker’s Bandersnatch are beginning to thrive – providing viewers with the much-craved insights into the world of coding, programming, and hacking. Allowing spectators to control the programmer, Bandersnatch not only feeds the viewers’ curiosities surrounding computing, but also raises questions as to whether a hacker can ever remain truly anonymous, reminding us why it’s imperative that we protect our networks.

One insight which rings true to the business world, yet often goes amiss, is the ‘hacker trail’. Similar to how the Bandersnatch protagonist spots us – the Netflix user – to be the hacker by the QR code left within the programme, organisations can also spot foreign bodies entering their systems. What’s key here is that businesses are able to spot these codes left behind to expose a hacker, and much faster than the intruder would like. But in order to better protect their systems, businesses first need to know what to look out for – preventing supposed ‘anonymous hacks’ before they happen.

We all understand how complex the programming landscape can be, with lots of layers coming together to form the narrative. As a result, programmers must consider every single layer of detail to ensure that no problem is left unsolved.

When a hacker enters a programme, they leave their own digital signatures within the programme. Usually, the mark left within the programme is so slight that it is barely visible to the naked eye – but it’s still identifiable. In fact, according to research, it only takes the smallest of code extracts to distinguish programmers from one another.

Now, with the help of Artificial Intelligence (AI), organisations can find clues within code that can expose hackers, much faster than they’d expect or want. The process is known as “Code Stylometry” and requires the extensive binary code of a programmer to be considered and thus identified.

The anonymisation of personal data is possible – for everyone and anyone. However, now, with “Code Stylometry”, hackers can be traced much more easily, helping companies to better protect themselves against such attacks. Malware developers could be identified and prosecuted. Such methods would also endanger anonymity on programming platforms, whereby even if the hacker switched accounts in the future, AI technology would still be able to track them down. Like with other explosive topics, such as CCTV or machine learning, we stand here between the two poles of security and privacy – and we have to decide which is more important to us.

It’s the age old saying which still rings true – prevention is better than cure.  Rather than face the battle between security and privacy, businesses should instead arm themselves before an attack strikes. By identifying potential hackers before they penetrate the security system, IT administrators position themselves ahead of the game, and save the need for the inevitable firefighting which takes place when it’s far too late.

To stand the best chance of preventing an attack, businesses must have visibility over all operations. Not only will this insight flag any potential threats, but it will also alert to the network becoming overwhelmed or damaged. For devices that don’t align to network standards, it’s important to ensure stable software solutions can integrate non-IT components through the appropriate APIs and templates. This will help to ensure that the network is maintained in a sustainable manner and allow for problems to be recognised from an informed place before reacting quickly if, or when, problems arise.

Ultimately, as technology continues to advance at a rapid pace, the challenges are only going to increase. It’s no secret that the world of programming and coding is a maze, and IT admins have their work cut out for them. This is why we must work hard to think about the demands of the future, while ensuring we’re ready to face these battles today. 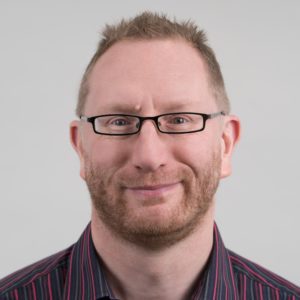 Martin Hodgson, Head of UK and Ireland at Paessler

"The attack against the Npower app is just the most recent example of cybercriminals. "

"In the new era of remote working, security needs to span on premise and the cloud. "

"Password managers are helpful but two-factor authentication should ideally be something most sites offer today. "

"Organizations want to implement a robust security culture to inform users of the importance of unique passwords. "

"The Clubhouse data breach has once again brought mobile app security vulnerabilities into the spotlight. "