Yahoo has filed a patent for a type of smart billboard that would collect people’s information and use it to deliver targeted ad content in real-time.  Using a combination of sensors, including microphones and cameras located either on the billboard or on drones nearby, it would watch and listen to people near the billboard to get a sense of who they were and how they were reacting, which would help it to tailor what it showed them. The patent explains that the billboard might work with advertising exchanges, meaning that it wouldn’t just display its own ads, but might also put them devices including tablets, phones, smart watches and TVs. Security experts from NSFOCUS, Plixer and Lieberman Software commented below.

“Although the story timing for Yahoo is not the best, the concept of using real-time targeted adverts on electronic billboards, signage, placards, posters, etc. will likely happen.  It’s just a matter of time. Many who have watched Tom Cruise in the movie Minority Report, observed the directors demonstrate this very same concept.  Remember, that movie was released 14 years ago. However, today there is no need to scan retinas.  Having real-time access to mobile usage and tracking data may be all that is needed.

The risk to consumers is the lack of privacy, or even the invasion of privacy.  Since there are limited or no laws that exist to protect consumers from this type of potential activity, advertisers will likely move forward and support this possibility. It’s done quite effectively on the Internet today.  Targeted adds are pushed to users’ browsers constantly. Based upon where users have recently surfed the Internet using their mobile device, could result in some pretty interesting or even embarrassing electronic billboard advertisements.” 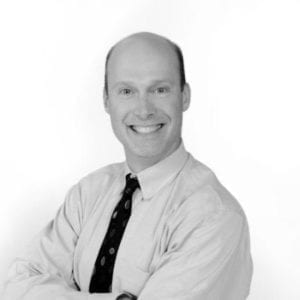 “I think we can draw similarities to what Yahoo is doing to the information collected and used for advertising by on-line giants Facebook and Google.  The biggest risks are that Yahoo could get hacked again and the information they’ve collected with this new service would be available on the black market.  If the billboards are effective, it could mean that the victims consume more of products they might not otherwise have purchased.  Users can block the domains the data is uploaded to however, sometimes this blocks the user from using the service as well.  Pretty much this appears to be business as usual.  The bigger problem is how the data is taken to ensure the user knows about everything being harvested as well as the additional meta data that is sometimes taken such as the list of applications the user has installed on the device.”

“People were very creeped out by the technology in Minority Report that scans faces, recognizes them, and has AI advertising try to sell things specifically tailored to them. What they didn’t realize is this happens every day on the Internet. If you use a free service on the web like email, social media, or storage, then you and your data are the actual product of the service and you’re being sold to advertisers. The Yahoo! billboard plan isn’t anything new except for the size of the screen. Smart phones already use your location and data to put ads on that small screen that speak to where you are and what you may like. Taking that and putting on a billboard is just a change of venue. Of course, since you are not the only one who will see a billboard, it may feel a bit different to have your data used there instead of your phone’s screen. Soon the choice users may face is opt out of all the free services they use or see their data on billboards during their morning commute.”