61 Percent Cite Privileged Account Takeover as Most Difficult Cyber Attack Stage to Mitigate; Nearly Half Still Believe They Can Prevent Attackers from Breaking into a Network

Newton, Mass. Cyber attacks that exploit privileged and administrative accounts – the credentials used to manage and run an organization’s IT infrastructure – represent the greatest enterprise security risks, according to a new survey released by CyberArk (NASDAQ: CYBR).

Sixty-one percent of respondents cited privileged account takeover as the most difficult stage of a cyber attack to mitigate, up from 44 percent last year. In addition, 48 percent believe that data breaches are caused by poor employee habits, while 29 percent blame attacker sophistication. The findings are part of CyberArk’s 9th Annual Global Advanced Threat Landscape survey, developed through interviews with 673 IT security and C-level executives.

CyberArk analyzed potential discrepancies between damaging cyber security threats and organizations’ confidence in being able to defend themselves. While there is increasing awareness about the connection between privileged account takeover as a primary attack vector in recent, high profile breaches, many organizations are still focusing on perimeter defenses.

With more than half of respondents believing they could detect an attack within days, CyberArk warns that many IT and business leaders may not have a full picture of their IT security programs. Looking beyond the tip of the iceberg with perimeter defenses and phishing attacks – organizations must be able to protect against more devastating compromises happening deeper inside the network, like Kerberos ‘Golden Ticket’ and Pass-the-Hash attacks.

Key findings of the 2015 survey include :

Beyond the Breach – Attackers Going for Complete Network Takeover

As demonstrated by attacks on Sony Pictures, the U.S. Office of Personnel Management (OPM) and more, once attackers steal privileged accounts, they can conduct a hostile takeover of network infrastructure or steal massive amounts of sensitive data. These powerful accounts give attackers the same control as the most powerful IT users on any network. By being able to masquerade as a legitimate insider, attackers are able to continue to elevate privileges and move laterally throughout to a network to exfiltrate valuable data.

CyberArk’s survey highlights that the while respondents display public confidence in their CEOs’ and directors’ security strategies, the tactics being employed by organizations contradict security best practices. Despite industry research showing that it typically takes organizations an average of 200 days to discover attackers on their networks, a majority of respondents believe they can detect attackers within days or hours. Respondents also persist in believing that they can keep attackers off the network entirely – despite repeated evidence to the contrary.

Organizations Fail to Recognize Dangers of Attacks on the Inside

Cyber attackers continue to evolve tactics to target, steal and exploit privileged accounts – the keys to successfully gaining access to an organization’s most sensitive and valuable data. While many organizations focus heavily on defending against perimeter attacks like phishing, attacks launched from inside an organization are potentially the most devastating.

Respondents were asked to rank the type of attacks they were most concerned about :

Golden Ticket, Overpass-the-Hash and Silver Ticket are types of Kerberos attacks, which can enable complete control over a target’s network by taking over the domain controller. One of the most dangerous is a Golden Ticket attack, which can mean “game over” for an organization and complete loss of trust in the IT infrastructure.

“It is no longer acceptable for organizations to presume they can keep attackers off their network,” said John Worrall, CMO, CyberArk. “The most damaging attacks occur when privileged and administrative credentials are stolen, giving the attacker the same level of access as the internal people managing the systems. This puts an organization at the mercy of an attacker’s motivation, be it financial, espionage, or causing harm to the business. The survey points to increasing awareness on the devastating fallout of privileged account takeover, which we hope will continue to spur a ripple effect in the market as organizations acknowledge they must expand security strategies beyond trying to stop perimeter attacks like phishing.”[su_box title=”About CyberArk” style=”noise” box_color=”#336588″] 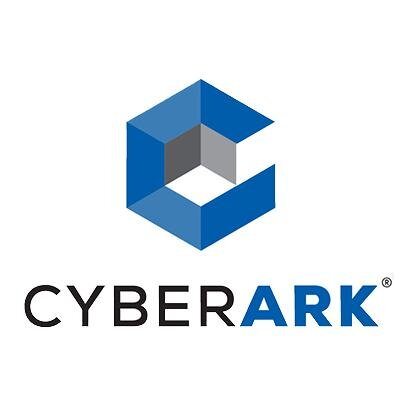 CyberArk is the only security company laser-focused on striking down targeted cyber threats, those that make their way inside to attack the heart of the enterprise. Dedicated to stopping attacks before they stop business, CyberArk is trusted by the world’s leading companies — including 40% of the Fortune 100 companies — to protect their highest-value information assets, infrastructure and applications.[/su_box]