Financial Account Information being Stolen During a Cyber Attack

The majority worry about bank accounts and credit card numbers, and fail to understand the level of protection offered by encryption

Vormetric, a leader in enterprise data security for physical, virtual, big data and cloud environments, has announced in conjunction with Wakefield Research the results of a survey into the types of information British adults are most concerned about losing in the event of a data breach. According to the survey of more than 1,000 UK adults, two thirds (66 percent) of respondents would be concerned about their bank details being compromised, closely followed by their credit card numbers (63 percent) and national insurance numbers (40 percent).

With today’s advanced cyber threats, organisations must prepare for the fact that their networks and IT systems will be penetrated by hackers at some point – as seen with the steady stream of high profile data breaches at brands such as Mumsnet, Ashley Madison and of course most recently, TalkTalk. Encryption, combined with strong access controls, is one of the most effective ways to protect sensitive data against this complex threat landscape. That said, and in spite of recent media discussions about the benefits of encryption and well-documented political cases, 93 percent of British adults would be ‘worried’ – and 57 percent would be ‘very worried’ – if their data was stored on an encrypted drive and stolen in a cyber-attack.

“It’s hardly surprising that financial information is top of mind for British consumers in the aftermath of a data breach, as evidenced by the public outcry following recent cyber incidents at British Gas, M&S and of course, TalkTalk,” said Louise Bulman, VP EMEA at Vormetric. “The combination of credit card details, bank account information and national insurance numbers fully equip cyber criminals to generate huge sums from fraudulent activity. What’s worrying though, is the lack of understanding around encryption and how it can prevent such sensitive information from being accessed. Today, it is almost inevitable that an organisation will be hacked, and encryption remains the most viable solution to safeguard sensitive data and ensure that it is inaccessible to those without the key required to decode it. In other words, encrypted data is completely useless to the hacker.”

The Vormetric survey was conducted by Wakefield Research among 1,087 adults ages 18+ in the UK between October 9th and October 15th 2015, using an email invitation and an online survey. Quotas have been set to ensure reliable and accurate representation of the UK adult population. Results of any sample are subject to sampling variation. The magnitude of the variation is measurable and is affected by the number of interviews and the level of the percentages expressing the results. For the interviews conducted in this particular study, the chances are 95 in 100 that a survey result does not vary, plus or minus, by more than 3.0 percentage points from the result that would be obtained if interviews had been conducted with all persons in the universe represented by the sample. 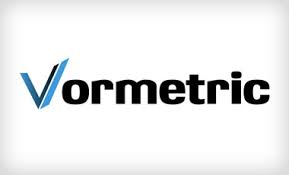 Vormetric’s comprehensive high-performance data security platform helps companies move confidently and quickly. Our seamless and scalable platform is the most effective way to protect data wherever it resides – any file, database and application in any server environment. Advanced transparent encryption, powerful access controls and centralised key management let organisations encrypt everything efficiently, with minimal disruption. Regardless of content, database or application – whether physical, virtual or in the cloud – Vormetric Data Security enables confidence, speed and trust by encrypting the data that builds business.[/su_box]