The Time Is Now For Software-Defined VoIP Security

According to Michael Dell, Chairman and CEO, Dell Technologies, software-defined data centres will become “pretty much de facto standard” in the next 5 to 10 years, speaking at the Dell EMC World 2017 in May. On face value, this might not seem like a revolutionary prediction. After all, the IT infrastructure landscape has undergone a fundamental […]

Community Led Threat Prevention Community based threat detection and prevention has been a fundamental principle in Anti-Virus and Intrusion Detection Systems for years.  Pooling the information and experience of multiple organisations to rapidly identify emerging threats, this collaborative approach enables security companies to quickly create a patch and disseminate it globally to minimise a hacker’s […]

Letter To The Editor: Why It Is Time For Organizations To Bury Hardware-Based Security Solutions.

Dear Editor, It is time for organisations to bury dedicated Hardware-based Security solutions. Recent years have seen a fundamental transformation in IT strategy, with networks being more agile and quickly deployed and applications now deliverable quickly, in any location and scaled to meet an organisation’s requirements. From virtualised hardware to network function virtualisation and software […]

Is Your Session Border Controller Providing A False Sense Of Security? 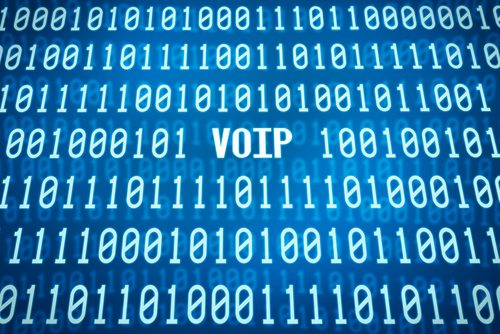 Organisations have latched on to the need to secure SIP trunking solutions by implementing a Session Border Controller (SBC). The problem is that the vast majority of SBCs are considered not just one- off investments but also one-off deployments. Yet from denial of service attacks to toll fraud, SIP trunking is not only inherently vulnerable […]

The list of critical data stored by government agencies is endless. From credit card data, passport numbers, drivers’ license numbers and tax information, government agencies are storing vast amounts of data that create the perfect treasure trove for hackers to exploit. What’s more, with strict regulations being enforced to ensure that organisations not only keep […]

Letter to the Editor: The Cyber Security Breaches Survey 2016

Dear Editor, The Cyber Security Breaches Survey 2016 released this week reveals some interesting statistics about the state of the UK cybersecurity landscape. Predominantly, the report shows that a massive 65% of large firms detected a cybersecurity breach or attack in the last year; with 25% of these experiencing at least one breach per month. […]

2016 hasn’t begun in a very positive way for education institutions. January 2016 saw data on 80,000 students, faculty, and staff at UC Berkeley compromised in the University’s third data breach disclosure of the past 15 months. This was followed by a breach of 63,000 names and social security numbers of current and former students and […]

With $4.45 billion spent during a major online shopping weekend in November 2015 alone (Fortune), it’s clear that the need for retailers to safeguard credit card data, consumer data, transactions and other sensitive data is becoming ever more pressing. Such a large volume of critical data is passed between various points every second, making it […]

An abundance of security breaches came to light throughout 2015; so many that hearing yet another hacking story on the news wasn’t surprising. Now that 2016 has arrived, Paul German, VP EMEA, Certes Networks gives three predictions for what will happen in IT security this year. “Breach containment” will be recognised as a new area […]

Cyber security isn’t working. Too many companies are being breached; and governments globally are recognising the need to invest heavily to protect vital services and infrastructure. However, today’s defence in depth security models are not completely flawed; they are, perhaps, naïve. When firewalls are being easily bypassed and it’s taking upwards of six months to […]