After a year full of unknowns and new normals, knowledge is power. The spike in cyber breaches in the past year, compounded by COVID-related attacks, has only increased the importance of cyber threat intelligence (CTI) in the past year. The 2021 SANS Cyber Threat Intelligence survey, sponsored by ThreatQuotient, explores the state of play in the global use of CTI and outlines why the difficulties of the past year have contributed to the continued growth and maturity of CTI.

The 2021 survey saw the number of respondents reporting they produce or consume intelligence rise by 7%, more notably, this was the first time the number of respondents without plans to consume or produce intelligence was 0%, down from 5.5% in 2020. Analysed CTI helps organisations understand the capabilities, opportunities, and intent of adversaries conducting malicious cyber activities. In turn, this paints a picture about how threat actors are targeting an organisation’s systems, information, and people. It is this contextual information that helps organisations and individuals respond to threats, understand risks, design better cyber defences, and protect their organisation.

CTI IN A WORLD CHANGED BY THE PANDEMIC

Almost 20% of respondents indicated their implementation of CTI changed as a result of the pandemic, as adversaries took advantage of the disruption, with a sharp rise in COVID-related phishing and ransomware attacks targeting organisations across all industries. The mass shift towards remote working expanded the attack surface of organisations, as employees left the confines of their organisations’ cyber protections. Respondents identified work-from-home threats such as phishing, lost or stolen devices, home networking equipment, malware, accidental release of sensitive data information, and employees having unauthorised access to business assets, as playing a big part in how their implementation of CTI changed.

The findings show remote working changed the way CTI, incident response and security operations centre teams communicate, with both positive and negative impacts. With responses demonstrating that remote working helped teams be more focused and collaborative, while the use of text-based platforms helped facilitate communication between teams. However, some respondents identified the loss of face-to-face conversations as inhibiting sharing between teams. Organisations also reported an increase in awareness of how the crisis impacted their employees, fostering an understanding that while many enjoyed working from home, CTI analysts found it difficult to “shut down” and take breaks when the “office” is your home. CTI and security professionals have also seen a benefit from working virtually in the ability to attend virtual events, conferences or meetings, not only overcoming barriers of travel and spend, but it has also led to greater intel and threat sharing.

VALUE IN INTELLIGENCE FOR COMPANIES OF ALL SHAPES & SIZES

CTI is no longer perceived as just being for the top 1% of organisations, rather, providing value for mid-to-large organisations across a range of industries, with Cybersecurity, Banking & Finance, Government and Technology the leading industries represented in the survey’s responses. Findings revealed a substantive shift in the number of organisations recognising the benefits of CTI, and as being worth the investment, in aiding their ability to make tactical and strategic cyber response decisions. In response to questions on the use, value and inhibitors of CTI, 77% of those surveyed said CTI improved their detection and response capabilities, 78% labelled CTI data and information as being leveraged to detect threats and attacks, with 70% using CTI in helping to blocking threats and 66% for supporting their incident response.

The growth of CTI’s use amongst organisations of all sizes is demonstrated in both the 85% of respondents saying they already use CTI and 15% who do not “yet but plan to”, with 24% of respondents working in organisations with under 500 employees and 47% in companies of less than 5,000 employees. These numbers demonstrate incredible promise in the adoption and use of CTI by organisations, who are making progress in their security journeys through greater CTI implementation across the maturity spectrum. Further, organisations are now significantly more focused on measuring the effectiveness of their CTI implementation, as demonstrated by the leap in this area from 2020 to 2021, with 38% of respondents measuring effectiveness, up from 4% in 2020. This shows how the value of CTI functions is continuing in organisations of all sizes.

AUTOMATION CONTINUES TO FREE UP TIME AND RESOURCES

As CTI tools and processes are becoming more automated, analysts are able to spend more time working on more important and engaging activities, rather than mundane collection and processing tasks. With the demand higher than ever on CTI analysts to integrate or process more information from government sources into their analysis, and processing often the most automation relevant task, there is a widespread organisational need for better CTI tools and processes that support analysis and help identify misleading information that may skew impact analysis. While 65% of respondents reported they were overall satisfied with the automation and integration of CTI information with detection and response systems, an increase on the 2020 survey’s 62%, while almost half of respondents (45%) identified a lack of automation or interoperability issues as inhibiting their organisations from implementing CTI effectively.

The importance of automation is further compounded by the shortage in trained staff, which continues to be one of the biggest obstacles to the implementation of CTI, according to 53% of respondents. This highlights the necessity of an organisation having trained and capable CTI analysts, whether they produce or consume intelligence, to make CTI relevant to their organisation’s specific needs. The survey also found that the trend toward hybrid-model teams over the past 5 years has shifted back, with organisations taking charge in the management of their CTI functions, with in-house teams growing 5% from 2020 to 37%, and hybrid models decreasing 5% from 2020, to 56% in 2020.

Security practitioners have recognised being part of an information sharing and analysis centre (ISAC) or government information-sharing group delivered significant value. In 2021, there was almost an almost 50% increase of respondents saying they are a part of an ISAC or other government intel sharing group since last year. The report found information security practitioners are seeing the value in interacting with ISACs with 69% of respondents saying CTI provided them with timely and relevant threat information. However, most notably, the survey found increases in three specific areas in intel sharing: advocacy in the community for security (50%), member meetups and events (50%), and training & conferences (47%). These results reveal the role of ISACs and government intel sharing has become more widespread, increasing the necessity for organisations to utilise a threat intelligence platform (TIP) like ThreatQuotient to manage and make sense of these intel feeds. This trend of connecting people and providing support and advocacy remotely within the intel community, is one to be encouraged into the future.

The 2021 SANS Cyber Threat Intelligence survey revealed, despite the difficulties and disruption of 2020, the value organisations place on CTI, and its implementation, is growing and maturing. With the pandemic changing how organisations perceive their own threat landscape, CTI analysts are benefiting from automated tools and processes, benefiting from engagement with ISACs and the remote or virtual working environment. It’s incredibly encouraging to see an increasing number of organisations, of a wide range of sizes, prioritise CTI implementation, based on their recognition that a cyber-attack is not a matter of “if” but when”. However, there is still significant opportunity for organisations to better manage their CTI for greater security and threat intelligence effectiveness by maturing or growing their CTI implementation, especially by adopting the right tools and processes. 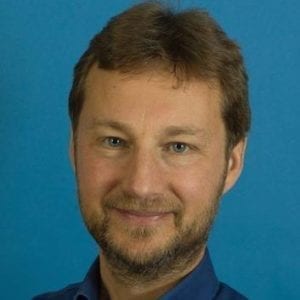 This Is How The World Ends – Whistleblowing First So...