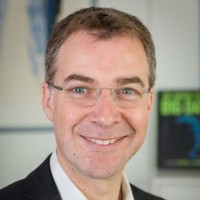 Bernard Montel, EMEA Technical Director and Cybersecurity Strategist at Tenable shares his predictions for an upcoming year of unrest and uncertainty in the digital ecosystem

With growing concerns about the rise in Covid infection rates, particularly around the Omicron variant, the UK Government has mandated businesses to return to the remote working model, where possible. With such restrictions back into place, it comes as no surprise that corporations are again embracing a hybrid working environment as we head into the New Year. According to an independent study, conducted by Forrester on behalf of Tenable, 86% plan to permanently adopt a remote working policy or have already done so. To facilitate this move, 46% of organisations moved business-critical functions to the cloud, including accounting and finance and human resources. This places even more pressure on security teams to ensure digital safety, requires extra support in maintaining network security, and diligence to uphold basic cyber hygiene.

It is estimated that cybercrime costs the UK economy around £27bn per annum. As a result, security leaders must rethink their cybercrime prevention strategies as we move forward, to ensure the protection of digital assets and deter adversaries’ attacks.

Cybersecurity education will become a top priority in hybrid businesses

Unfortunately, remote working has created plenty of opportunities for bad actors to produce damage within shared networks. According to the Forrester study, of all remote workers 98% use at least one personal device for work every day, and have an average of eight devices connected to their home network. This reliance on technology means organisations must make a push for cybersecurity awareness among all stakeholders and employees.

Threat actors can all too often gain access to sensitive data by compromising just one device, through which they then infiltrate shared networks. Because of this, the importance of having a cohesive malware protection strategy should not be ignored, and routine safety and cyber-prevention techniques should be shared and taught among different departments of an organisation.

With critical cybersecurity breaches such as SolarWinds unfolding last year, it is expected that similar attacks will continue to proliferate in 2022.. Breaches of IT infrastructures allow adversaries to move laterally within the system and impact other business areas. Companies from an array of industries such as telecoms, financial institutions and retailers have experienced such attacks, and it remains likely that as we enter the New Year, they will stay a target. This spike in combined security breaches of IT and OT systems is directly linked to increased cyber criminality and companies need to have a combined response and unifying OT and IT flaws visibility.

Ransomware is a security breach that affects businesses most. It produces a high return for bad actors who employ an unsophisticated and low-cost strategy. In a setting where companies simply do not invest enough in updating their cybersecurity master plan and patching their systems, bad actors identify more opportunities to strike. According to the study, 65% of companies that have adopted a work from home model in 2021 attributed recent cyberattacks to third-party software vendors. Therefore, organisations must select providers offering adequate security solutions that provide visibility and control across convergent infrastructures.

By compromising one device, one network and one system, bad actors create a domino effect where more victims are gradually exposed. Concerns around the integrity of software supply chains are emerging particularly given recent security breaches — such as the Kaseya VSA attack, where bad actors attacked 1,000 companies adopting hybrid work models. This shows the assumed high risk of reliance on third-party independencies, such as software-as-a-service systems.

The number of high-cost ransomware attacks will rocket

If companies want to stay ahead of the curve and avoid becoming a target, they need to appear unattainable to bad actors. Businesses need to understand that ransomware operators want to make a profit, which cannot be achieved if the legal implications and investment in the attack do not match the potential reward. Therefore, the focus must shift from preventing the breach itself, to making the cost of the breach too high compared to its recompense.

Companies must take a risk-based approach, and gain a clear view of where their system vulnerabilities lie. Organisations need to have the same level of control over their cloud system as they have over their on-premises network and put the right security precautions in place to future-proof their operations. Equally, considering security implications before developing applications and uploading them to the cloud should become common practice.

By adopting such strategies, businesses will avoid becoming the target of cyber criminality and protect themselves in times of digital unrest.