Citrix announced new research which reveals that two thirds of workers feel more vulnerable to data hacks than they did a year ago, with the majority (71 per cent) of respondents citing data theft as “inevitable” at some point.

The poll, commissioned by Citrix and carried out by Censuswide, quizzed 2,000 full-time workers in the UK. It found that 65 per cent of workers feel more vulnerable to data hacks than they did a year ago, with one in three (33 per cent) 16 to 25-year-olds feeling much more vulnerable to hacks, compared with just 15 per cent of over 55s.

While workers clearly feel more at risk of personal data theft than ever before, it seems their approaches to combating this threat are outdated: Two in three respondents (68 per cent) cited physical documentation as a risk and chose shredding as a preferred means of disposing information, almost a third (30 per cent) of respondents are still reliant on USB memory sticks to back-up important data and just nine per cent use the cloud.

Some workers even mentioned more curious methods of protecting their data such as “creating confusing personal information” and only “using Linux-based software” as this operating system is seemingly deemed less vulnerable to attack than others.

The research also revealed some conjecture around the security of digital transactions, specifically online banking, with some workers stating that to secure their data they never bank online, while others only bank online to protect their data.

“The sheer number of high-profile data breaches in the last 12 months has resulted in workers feeling more vulnerable to hackers than ever before. This is especially prevalent in younger age-groups, who are more likely to have large volumes of important data stored and maintained online.

“However, while workers clearly accept their data is at risk, many are still reliant on dated practices – such as using USB sticks and shredding paper documents – to store and protect their information, when more advanced and robust measures are available.

“Workers also seem sceptical of the cloud in terms of protecting their own files. With companies increasingly turning to cloud services to store information and data, they will need to convince staff that cloud networks are a safe and reliable way to safeguard business-critical data and intellectual property.”[su_box title=”About Citrix” style=”noise” box_color=”#336588″] 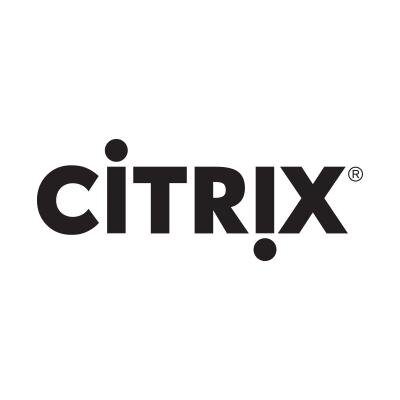 At Citrix, we measure the value of technology by how it benefits people. It’s about what they need to do and what they need to achieve. This vision inspires us to build mobile workspace solutions that give people new ways to work better with seamless and secure access to the apps, files and services they need on any device, wherever they go.

Because in this new era, work is no longer a place – it’s something you do anywhere inspiration strikes.  This is better for people, better for IT and better for business.  Through our innovation, commitment and a compelling vision of the future  of work, we’re making a difference every day at thousands of organizations in every corner of the globe.  What we do at Citrix is more than a game changer; it’s a life changer.[/su_box]