Essay On History Of Network Security

Computers started being networked with one another in the late 80s. At that time, there became an increased concern for security, though it was minimal in comparison to today’s concerns. That is why understanding the history of network security can help us grasp how important it is today. This is especially true given the number of potential cyberattacks that happen worldwide. 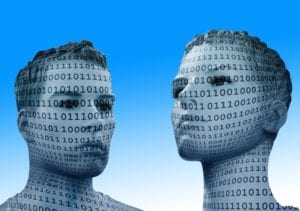 Please note, that before the 90s, the concept of having a network of computers was fairly uncommon. And, there was a considerably small number of people in the populace who even had access to the internet. So, security at that time was really not a major concern or focus. But, as more and more sensitive information became accessible, the import of network security increased significantly.

The internet was actually called the Arpanet back in the 70s and 80s. And, researchers fueled their downtime with practical jokes played online. While they amused one another with these antics, they also served an important purpose. The jokes played on the Arpanet revealed the flaws in the network security of that time. While the risk was minimal because these jokers all knew one another professionally, it was still very revelatory.

During that period in this technological revolution, some serious violations occurred. War Games, the movie, popularized the concept of “hackers.” And since the violations were high profile, this term has remained an important part of network security design. Hackers are dangerous individuals who seek to gain access to sensitive or personal information over the internet.  Sometimes their plans are even more heinous. Network security exists to stop them.

By the late 80s, network usage was expanding rapidly. Universities, militaries, and governments were connecting. That made the security need expansive. Computer worms came into fruition during that stage of internet development. These were the predecessors to viruses.

The first one was called the “Morris Worm.” It was developed by a Cornell student and was designed to reveal lacking areas in a network intrusion prevention system. It was able to exploit that weakness, contact another computer in the network, and replicate itself.

Because the Morris Worm was self-replicating, it garnered a lot of attention for the vulnerabilities within networked computer systems. It rendered the computers that it targeted inoperable. And, was able to quickly spread throughout the network. This is what led to the development of countermeasures to fight the threat of network invasion and destruction.

CERT, or the Computer Emergency Response Team, was developed by the governing agencies in charge of Arpanet. They worked with other network users to create CERT, which was the first organization designed to employ network security. It was formed in 1988.

CERT offered network users the necessary security protocol to prevent further breaches. This is when Arpanet became known as the internet, and it exploded in popularity and user access. Commercial restrictions were eliminated and the public was granted freedom of usage. Of course, that made it a very appealing target for those “hackers” we mentioned previously.

By the middle of the 90s, network security threats had increased exponentially. This was the necessitating factor for the creation of firewall and antivirus programs. These were created to protect computers from hacker developed viruses and worms. The threats were so expansive there was no longer a way they could be handled with custom teams and measures. So, mass production of these programs was necessary.

A NASA researcher gets the credit for the creation of the first firewall program design. Their center in California was attacked by a computer virus in 1988. This spurred them to design a virtual “firewall.” They modeled the concept after the physical structures that are utilized to prevent the spread of fires to other areas within a structure or complex.

Essentially, routers were the strength behind the design. The routers separated the network into smaller units so that an attack would not have the ability to destroy all their systems. Time has allowed this design to become even more sophisticated. Now, firewalls are capable of monitoring and preventing malicious requests and disabling traffic from reaching all networked systems.

Anti-virus protection was developed in the late 80s as a means to provide internet security to the masses. And then several different companies got in on the action and developed programs designed to clean computers that had been infected with malicious viruses.

Of course, the viruses in the late 80s weren’t as malicious as they are today. But as time progressed, the necessity for anti-virus software to be included on computers became quite apparent. This was especially poignant when the 90s viruses started infiltrating, stealing, destroying and disabling whole networks and the information they were supposed to protect.

The internet has exploded since it became readily available in the 90s. The plethora of hackers, both amateur and professional, has also increased at an alarming rate. And, the viruses that are being created today are capable of generating great calamity not just to organizations, but whole cities, states, perhaps even continents.

Because the vast majority of the world has become completely dependent upon networked programs and devices, it is easy to see why developing extreme safety measures is an important endeavor. Unfortunately, this will be an ongoing process. As technology improves, advances, and grows, so do the threats that are imposed.

Thankfully, there are companies offering solutions to these potential travesties. They are seeking to design a vast array of attack mitigation options. They are utilizing things like Network Behavioral Analysis (NBA), web application firewalls (WAF), reputation engines, and Denial of Service (DoS) protection.

Moving forward into this wide expanse on the information superhighway will hopefully prove a good deal safer with the advent of these security measures. However, only time will tell as hackers and others seeking to do serious harm are also developing their own skills. Network security will have to be in a constant state of improvement and revision if we are to stay ahead of the plans of these miscreants.