Spyware In The IoT – This Year’s Biggest Security Threat

Malware is everywhere, infecting nearly one third of all computers in the world today.

It’s ready to do damage to you, your computer or your data in ways that seem to be limited only by the dark ingenuity of hackers.

Ransomware, a form of malware, can lock your files or allow hackers to threaten and steal your data if you don’t pay them. Cryptojacking attacks can install software on your device that co-opts its computing power to mine cryptocurrency for hackers without your knowledge.

Viruses and worms can damage and corrupt your files; and Trojans can wreak havoc by sneaking into your system disguised as legitimate pieces of software. The possibilities are as endless as they are dangerous.

Perhaps the single most devious form of malware, however, is spyware. Spyware is any kind of malicious software that allows a hacker to listen in on, observe or otherwise gather data on an intended victim through an infected device.

The IoT allows businesses and households to integrate all manner of devices — like computers and laptops, but also smart TVs, security cameras, thermostats, refrigerators, coffee machines and even pacemakers — together into one network.

Though this can offer impressive benefits on the side of ease of use and convenience, it also presents hackers with greater opportunities to potentially spy on you or otherwise do you harm, making effective network security all the more important.

Here’s some essential information about how hackers can use spyware to infect systems and what sorts of dangers spyware poses. In particular, you need to know about some of the new perils spyware can present in the age of the IoT. Most importantly, we’ll give you some crucial tips on how to protect yourself, your home or your business from this ominous menace.

Spyware and the IoT

Malicious hackers have a great number of ways in which they might try to infect your system with spyware. To give one common example, email phishing scams usually try to get you to part with or divulge some kind of important information — like a bank account or credit card number — under some kind of false pretext.

Perhaps someone may email you claiming to be in desperate need of money, or may tell you that you’ve won a cash prize and need to deposit a certain amount of money into a specified bank account before you may claim it.

Be on the lookout for all such scams and do not fall for them, as simply clicking on a link that you see in a suspicious-looking email may trigger the automatic installation of spyware on your device. In modern forms of spyware, this installation will be automatic and you will not be alerted to it. If you’ve opened any suspicious emails, therefore, someone may already be spying on you without your knowledge.

Since spyware typically needs to be installed directly on the target system or device before it can begin working, potential attackers will need to somehow gain access to your system or network before they can begin spying on you.

Since security precautions like encryption and the use of strong passwords (more on that below) are enough to keep out most potential attackers, sneakier moves that attempt to exploit the human element in online security — referred to as “social engineering” — have increasingly been the go-to tactic for those wishing to break into a person’s or company’s network.

Given this, connecting ever more devices to the IoT presents a few additional risks not encountered before. The more devices there are connected to a network, the more vectors there are for a hacker to try to break into that network.

Since all of the relevant devices on the network communicate with one another in at least some way, if a hacker finds a way to break into one of them, he will at least potentially have access to all of them.

If the particular device — say, the server with all of your company’s private customer files on it, or the smartphone whose camera can be used to watch you — is not within the hacker’s immediate reach, he can try to break into another device that forms part of your IoT network — like your office printer or the Amazon Alexa virtual assistant that you have at home — and try to pivot from there to get to the device he truly wants to compromise.

More interconnected devices also means more places for hackers to install spyware and more ways for them to surveil you and take your private data. Anything from your laptop and smart TV cameras, to the microphones in your computer or smartphone, to the cameras in your home security system, could potentially be used to spy on you.

In short, the IoT gives hackers more ways to watch you and requires you to be aware of more security vulnerabilities through which spyware can get an unwelcome foot into the door.

The list of those who might want to target you or your organisation with spyware is similarly long and varied, but you should keep all of these possibilities in mind and take steps to guard against them. Here are just some:

Jealous ex-lovers or spouses: This is distressingly common. A jealous and possessive ex-lover or spouse who just can’t let go may decide to hack into your devices to watch, stalk or harass you. He might take advantage of the IoT to watch you through your webcam or play with your smart thermostat or your lights to cause you distress. Luckily, there are steps you can take to fight against the commercial spyware that such people use, and you can even gather evidence of their stalking with which you’ll be able to go to the police.

Thieves: If you are wealthy, or work for a company or business that is, hackers will certainly have an interest in using spyware to extract and leverage important information. This information can be personal information with which you might be blackmailed, or company information and customers’ credit card numbers that can be sold by cyberthieves on the dark web.

Other companies: Corporate espionage, though highly illegal, does happen. Rival companies may attempt to install spyware on your private networks in order to watch your employees and try to learn crucial information, like trade secrets or anything else that may give them a competitive advantage against you.

This is one reason why it is crucial to implement the best cybersecurity protocols that you can, as the IoT only increases the opportunities for corporate espionage.

Even governments have been known to install spyware on the devices of their own citizens. Documents released by WikiLeaks show the CIA and other parts of the US government have created hacking tools that allow them to surveil their own citizens through the smart devices connected to the internet of things.

Foreign governments could potentially do the same. To advocates of civil liberties, this has been a grave cause for concern and illustrates yet further than people must take active steps to keep their private data safe.

How Can You Protect Your IoT Devices From Malware?

With all of these dangers to your personal data or that data of your customers, what can you or your business organisation do to mitigate the dangers posed by spyware and the ways in which the IoT has enabled those dangers to multiply? Here are a few suggestions:

A VPN, or virtual private network, puts a layer of encryption between the devices on your personal home or business network and the broader internet. Not all VPNs are created equal; like any software, some providers do a better job than others at keeping you secure. The best VPNs today are valuable cybersecurity and data privacy tools, and using them is essential for proper protection against not just spyware, but all forms of malware in general.

Make the passwords to all of your devices as long, complicated and difficult to guess as you can make them. Also, try to use different passwords for each device. The more work that hackers have to do to find your passwords, the less likely they will be to find them all.

Software updates to various devices often try to patch up security vulnerabilities in those devices that would leave them open to attack and infiltration by hackers. Having the latest software updates for all of your devices will close off more avenues by which you could be attacked. In 2017, failure to perform a standard Windows update opened millions of computers to a ransomware attack known as “Wannacry”.

If you run a business, zero trust security strategies — in which network access at all levels is highly restricted and segmented, and in which authentication is required for all forms of access —are indispensable to effective cybersecurity.

It’s Time To Defend Your IoT Devices From Spyware

As we’ve shown, spyware presents all sorts of dangers of its own — dangers of harassment, of your personal data being stolen and your privacy being breached, and many other things.

The IoT, for all of its advantages, sadly supplements these dangers and amplified them even further. Fortunately, there are things that you can do to protect yourself and your business from spyware. You simply need to be aware enough and conscientious enough to do them. 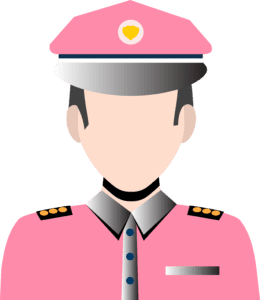 Sam Bocetta is a freelance journalist specializing in U.S. diplomacy and national security, with emphases on technology trends in cyberwarfare, cyberdefense, and cryptography.