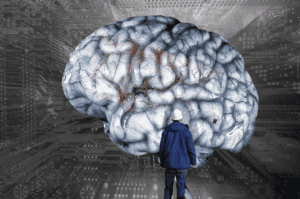 IOS app developers must prepare for Core Machine Learning. Also known as Core ML, this learning framework was created and launched by Apple to speed up and simplify the building of apps for Siri, QuickType, and Camera by making it easier to improve the features and security of these native apps simply by adding a bit of code to them.

However, that is not the only way in which Core Machine Learning will vastly improve iOS app development. Moving forward, Core ML will work on all iOS devices and this new framework will likewise play a large role the development of artificial intelligence (AI) apps, giving us a whole new category of games very soon.

Yeah, I know, we’ve all been promising that AI is ready for the big time for years now. But, finally, it is. Really. We promise.

In fact, odds are that most of us are already using AI. Heck, even your grandma is down with AI if she is using Siri, Alexa, or Ok Google. These digital personal assistants rely on AI to learn what we are communicating with over time. In the near future, AI will change the way most of us get from Point A to Point B as more and more of our cars become driverless. The challenge of working in iOS app development is to figure out how your wares can tie into this trend. Also, AI is becoming a major feature of both home and cybersecurity products and services, which means iOS app developers need to ask themselves how their apps can work in conjunction with these. 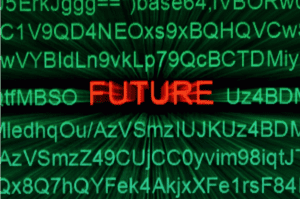 Hey, despite the past eight months of bullish sadness, we are all in on the cryptocurrency craze, aren’t we? We understand that there is no inherent reason for us to continue to buy and sell using greenbacks and coins, don’t we? Well, if you are making a living in iOS app development, you better get in on how Apple users will make financial transitions in the very near future: Apple Pay!

It does not matter if you are using a Mac laptop, an iPhone or an iPad, or the ultra-cute Apple Watch, Apple Pay transactions are shooting through the roof. In just for the first quarter of 2017, the increase in these iOS app development-based financial moves was 500%. Pretty impressive! The ways we buy and sell are changing and iOS app developers need to be ready for it.

The Future of iOS App Development: The Bottom Line

Finally, while all iOS app developers need to focus on Core Machine Learning, Artificial Intelligence, and Apple Pay if they want to build successful iOS apps over the next five years, we need to remember one thing: a game-changing advancement in iOS app development is likely. But that’s okay. After all, we don’t build apps just to make money; we do it for the challenge and the enjoyment it provides.