Top Posts
IoT Security In The Spotlight, As Research Highlights...
Oxfam Australia Confirms ‘Supporter’ Data Accessed In Cyber...
Expert Reaction On Solarwinds Blames Intern For Weak...
Expert Reaction On Go Is Becoming The Language...
Three Reasons The Security Industry Is Protecting The...
Experts On Google Voice Outage
Preparing For Tomorrow – Why Weathering The Initial...
The Cybersecurity Disconnect: Remote Working Highlights The Need...
Expert Reaction On GCHQ To Use AI In...
Comment: Hackers Break Into ‘Biochemical Systems’ At Oxford...
Security Articles

Three Lessons For Brands From The YouTube Phishing Attack

As more transactions between all types of businesses and their customers move online, the opportunity for attackers to steal credentials through phishing continues to grow. Making matters worse, adversaries are launching more sophisticated attacks that are quite difficult to spot, even for the trained security professional. It’s clear that current approaches to detection and mitigation of phishing and web spoofing are falling short.

The recent disclosure by YouTube of a phishing campaign is a prime example. A reported 23 million YouTube customers may have been affected by the attack. These were YouTube content creators who make very popular videos that are subscribed to and viewed by millions. This was no coincidence. The adversary specifically targeted these users by building realistic-looking emails that appeared to come from YouTube’s parent company, Google, urging them to change their passwords. These emails contained a link that sent users to spoofed URLs that were almost identical to the real thing. Because of the success of this phishing attack, many of these “YouTubers” lost access to their channels, and YouTube even had to delete others.

What can organizations learn from the YouTube phishing scheme?

Over my four decades as a computer science professor, data loss detection researcher and entrepreneur, my expertise has been called upon by corporations and government agencies alike. Most recently, a large financial institution needed help with a pervasive security problem. Their security team had detected five website spoof attacks in a single month, all done with the intent to steal customers’ login credentials. They were frustrated to learn that their digital risk protection service had only identified four of them. The fifth one was reported by a customer. After the spoofed websites were taken down by the bank’s ISP, the security team was still left with unanswered questions. They wanted to know:

Unfortunately, most popular commercial solutions for phishing and spoofing detection are based on monitoring domain registrations and conducting manual web searches. They lack the capability to answer any of those questions. Not only are these practices are susceptible to human error, but they can only identify spoofed websites after the fraud has occurred and the data has been stolen. That is a reactive solution that puts customer data at risk. 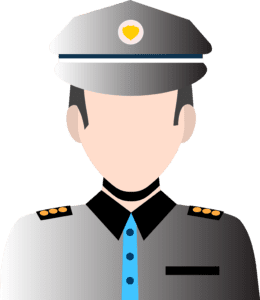 "The attack against the Npower app is just the most recent example of cybercriminals. "

"In the new era of remote working, security needs to span on premise and the cloud. "

"Password managers are helpful but two-factor authentication should ideally be something most sites offer today. "

"Organizations want to implement a robust security culture to inform users of the importance of unique passwords. "

"The Clubhouse data breach has once again brought mobile app security vulnerabilities into the spotlight. "