Cybercriminals sent tens of thousands of malicious email attacks yesterday asking recipients to volunteer for the Democratic Party ahead of the November U.S. election, according to cybersecurity researchers at Proofpoint.

The emails borrow language from the website of the Democratic National Committee and seek to leverage interest in the U.S. presidential election following the first televised debate Tuesday between Republican President Donald Trump and Democratic contender Joe Biden. The over 30,000 emails were designed to deliver the Emotet malware, and show cybercriminals using lures aiming to entice recipients to click.

The full details of the findings are online here: https://www.proofpoint.com/us/blog/threat-insight/emotet-makes-timely-adoption-political-and-elections-lures. 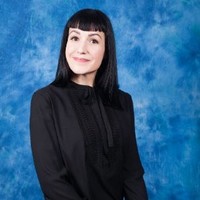 53% Of Companies Are Left Exposed To Supply Chain Attacks

Smishing On The Rise – What Can Consumers And Organisations...

Tesco ‘Hack’ – How Businesses Can Reduce The Risk Of...