Egress’ recent Outbound Email Security Report has revealed that stressed, tired employees are behind almost four in ten of the most severe data breach incidents. As stress levels rise, rushed employees are more likely to make simple mistakes such as sending an email to the wrong person, or attaching the wrong file.

With remote workers facing distractions from childcare to delivery drivers ringing the doorbell, employees are likely to make simple mistakes such as sending an email to the wrong person, possibly exposing sensitive data. In fact, Egress’ research found that 80% of organisations have had sensitive data put at risk because of an employee sending an email to the wrong person, highlighting the scale of the problem. 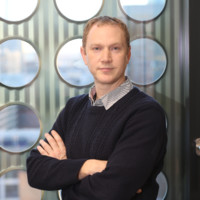 Millions Of Brits Still Using Pet’s Names As Passwords Despite...

What The Govt Is Missing From Its Recent Cybersecurity Improvement...

"Remote work, Work From Home, teleworking, or whatever you want to call it, is here to stay. "

"This changing access profile means that mobile apps and their new APIs create a new attack surface for bad actors. "

"Even if the device is completely secure, as long as it still connects to a network, the network needs to be secure. "

What The Govt Is Missing From Its Recent Cybersecurity Improvement Act

"There are strong and robust practises in place within the NHS. "

"Self-protection (RASP) solution is more important than ever to make sure unpatched vulnerabilities remain protected. "

"Despite patches being available for months and even years, attackers are still finding and exploiting unpatched SAP systems. "