The Year of the Unexpected…

From all the surprises on the political front, with the US presidential elections, Brexit in the UK, fast demonetisation in India, numerous Chinese regulations, 2016 certainly has been the year of global events… But global impact didn’t confine itself to politics: last year was also where the Internet of Things was harnessed to create the biggest ever DDoS attack, where SWIFT members were repeatedly hacked, where the Panama Papers got leaked and where cybercrime figures were for the first time included in global fraud figures in the UK showing a 55% year-on-year increase, fact that we, in the security and fraud industries, had always suspected…

In 2017, and because I like technology, I always start the year with CES (http://www.ces.tech/)… This time, the automotive industry made headlines by embracing technology is so many diverse ways. From autonomous vehicles to innovations in payments and financial services in general, the many facets have been dissected by many before me. The possibilities are endless. Consequently, hyper-connectivity and digitisation (and this is not just about cars) and their many benefits cannot happen without opening the flood gates on data. And we’ll all agree that protecting that ever-increasing data is a challenge. Indeed, governments are scrambling about trying to catch up with criminals by developing regulations to cope with “X” (You can decide whether “X” is IoT, Autonomous Vehicles, Artificial Intelligence, Big Data, etc.). Regulatory risk has never been so much in the limelight, not only because we have imminent regulations such as the 2nd Payments Service Directive, the 4th & 5thAnti-Money Laundering Directives, the General Data Protection Regulation, and the many others being developed worldwide. This systemic complexity can only be handled through better automation, supported by technologies, such as behavioural analytics, artificial intelligence, blockchain, etc. which, whilst suited to improve efficiency, agility and speed, are now key to solving regulatory and security challenges. Indeed, many firms are racing to acquire stakes in such technology companies, and the level of VC investment mirrors this trend.

If we go by the Financial Conduct Authority Definition of RegTech as the “adoption of new technologies to facilitate the delivery of regulatory requirements”, what I have been predicting for many years is actually happening: the convergence of information security and fraud prevention solutions through usage of technologies. No longer are threat intelligence or behavioural analytics, and the likes, confined to the SOC: the fraud prevention departments are now the new audience. And that’s a good thing.

My prediction: 2017 will be the year of RegTech (and let’s watch all those security companies jumping on the new buzzword…) (https://www.entrepreneur.com/article/288207).

As we enter 2017 post the Festive Season, I am of a mind to align the Cyber Security [Insecurity} debate with the Pantomime ‘Sleeping Beauty’ – why? Well after so many years of denial, and pushing this subject to the back of the table, it is like the Prince has kissed the lips of the powerful and mighty, resulting in this subject finally gaining a positive reaction from both the current, and President Elect Donald Trump as a matter to be taken very seriously indeed. And this can only be a good thing for all the Global Community. However what action is attached to such acknowledgments is yet to be seen.
On the wider imposition of Brexit [whatever that means], when it comes to security we have been told that we are more secure together. However here I have my doubts, as with the recent outrages in Berlin the attacker had been on active watch lists of some Intelligence Communities, but which nevertheless still manifested in the loss of innocent lives to the hands of a known, and what should have been a tagged terrorist actor.
My conclusion here is – no matter US, UK, in or out of the EU, when it comes to the Cyber Security Threat and the sharing of Intelligence, these are two subjects which must be agnostic of any politic.

By the time this piece gets published, Donald Trump will have been inaugurated as the 45th President of the United States. Surprisingly few incidents of cyber mischief and mayhem occurred on election night, aside from the organic denial of service that occurred on the Canadian immigration website. However, the ongoing investigation and speculation about Russian hackers who may or may not have worked to influence the election is likely the new state of normal. While there’s consensus that a lot of nation-state espionage has occurred over the last two decades, not the least of which was the infamous Stuxnet worm, attribution of those activities has become increasingly difficult. In 2017, we’re likely to see increased activity with suspected links to nation states, but what remains to be seen is whether attribution will improve via the deployment of better security sensors, logs, and analytical tools.

Meanwhile, many of the so-called “hacktivist” groups such as Anonymous have crumbled, and even WikiLeaks seems to have lost credibility and direction. High profile attacks and breaches will not be carried out by hacktivist groups driven by the tumult in the geo-political landscape. Instead, we will continue to see good, old-fashioned thieves looking to get rich quick, such as the attacks carried out against banks cited by SWIFT again just last month. Ransomware continues to proliferate, and has even mutated as with the MongoDB vulnerability. Within days of MongoDB’s insecure defaults becoming public, terabytes of data were wiped from databases and held ransom for Bitcoins. Cyber revolution may be coming, but the headlines will still be about major and minor cyber heists.

You can read our expert panel members biographies here. 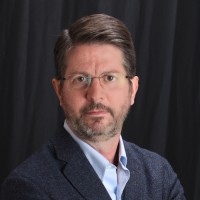 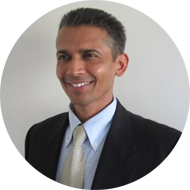 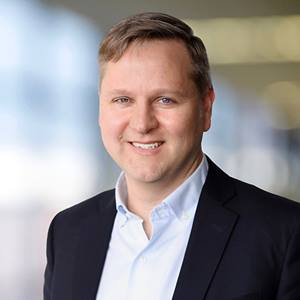