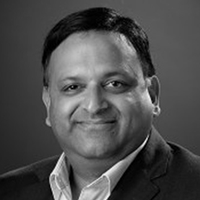 The news dropped today that the Justice Department has announced an indictment that connects spies working for the Chinese government for a hacking campaign against U.S. tech companies and other industry organizations as well. The indictment, which was dealt Thursday, accuses China’s main intelligence agency, the Ministry of State Security, of hacking into multiple tech […]

NASA revealed today that it was hacked earlier this year. In an internal memo sent to all employees, the agency said that an unknown intruder gained access to one of its servers storing the personal data of current and former employees. Social Security numbers were also compromised, NASA said. The agency said it discovered the […]

All security starts with a policy – businesses should have an agreed policy for such situations, and they should train their staff accordingly. CEOs should hire strong people who are willing to stick to the policy under pressure. Of course, defying the CEO is a great way to get fired in American business, and the […]

Houston We Have A Problem: NASA Suffers Data Breach

NASA has announced that they suffered a data breach in October that compromised the PII of current and former employees, including Social Security numbers. The agency is still unaware of the scope of the breach, but they are notifying all employees, so they can take countermeasures against possible fraud as a precaution. Previously, NASA has […]